It seems like a very long time indeed. I haven’t posted here because, well, I had my own work to do. The Marianne Hauser project though is along term project. I continue to be in touch with Michael, Hauser’s son. And he recently sent me these photographs, of Hauser’s early credentials. 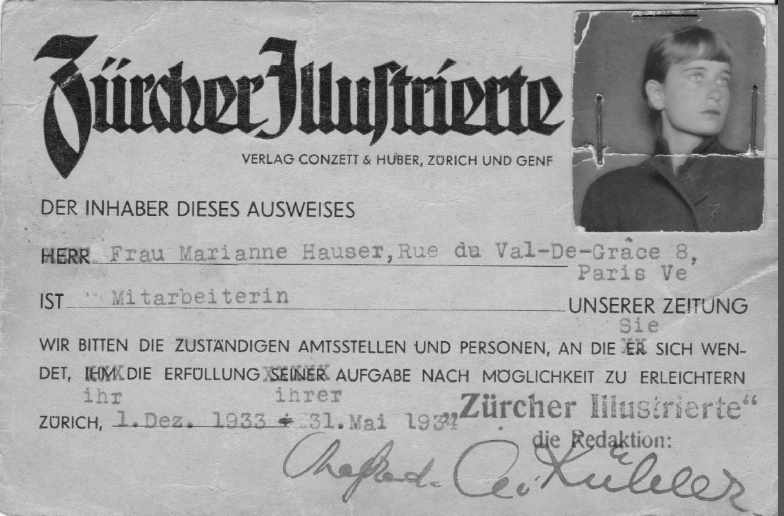 She went to the 1939 World’s Fair as a Swiss reporter: 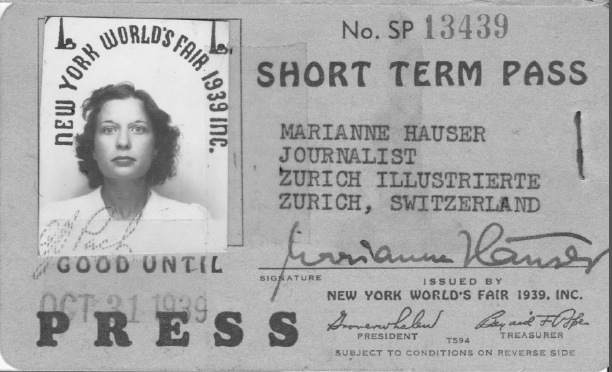 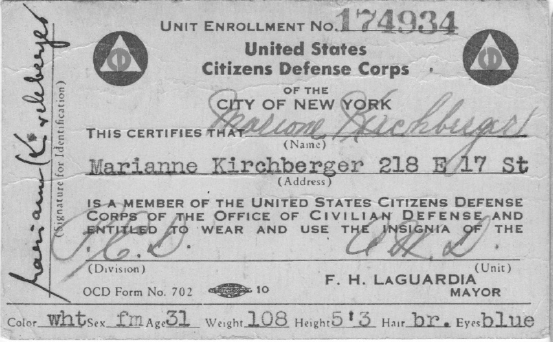 During the war, while Fred traveled from base to base, she was in the Red Cross: 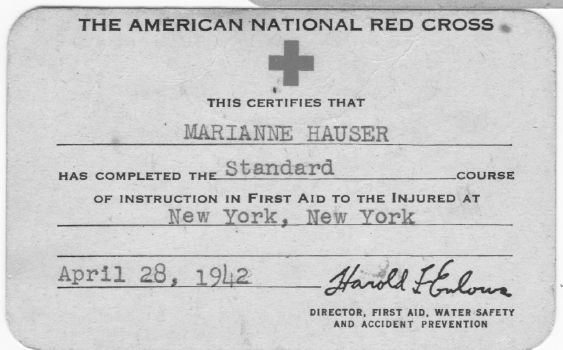