Marianne Hauser published three pieces in The Tiger’s Eye, an avant-garde arts magazine published by poet Ruth Walgreen Stephan and her husband, artist John Stephan, from 1947-1949. This is Hauser’s review of a Henry Miller book, from the October, 1938 issue, #5. It is one of 4 opinions in an article entitled To Be Or Not: 4 opinions on Henry Miller’s book The Smile at the Foot of the Ladder. Hauser was good friends with Anais Nin, who published a piece in the first issue of The Tiger’s Eye. She makes brief appearances in Nin’s diaries of the 60’s and 70’s, when they were neighbors, but Hauser refused Nin permission to publish more entries, and I wonder what’s in those unpublished diaries. Weldon Kees also appears in this article, and likes the book even less than Hauser. Given that these people were all friends, it is striking how honest she is, but then, she was like that, as her comments about her future publisher Bennett Cerf, in an review of Gertrude Stein’s Ida for the New York Times (1941) make clear. 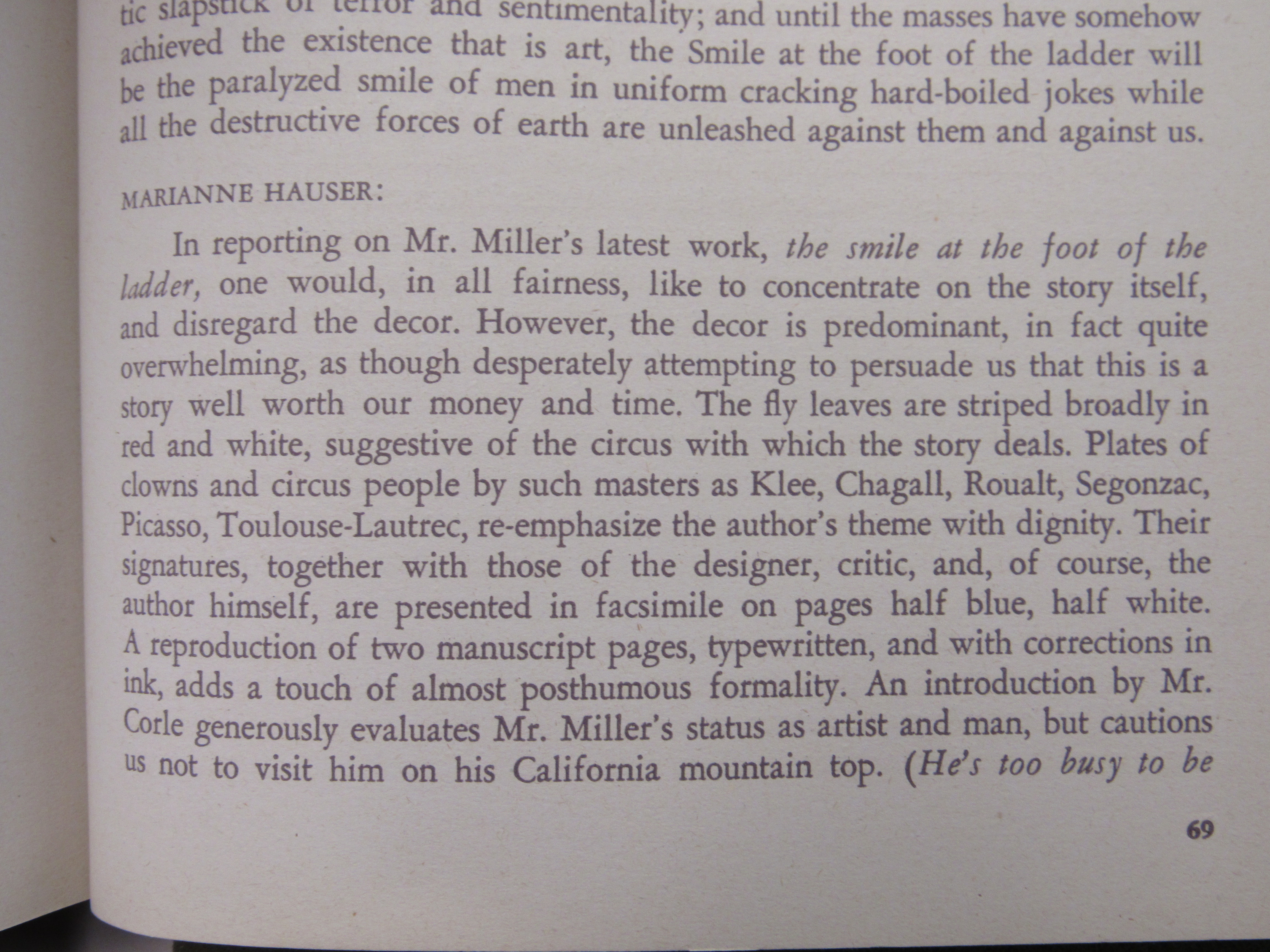 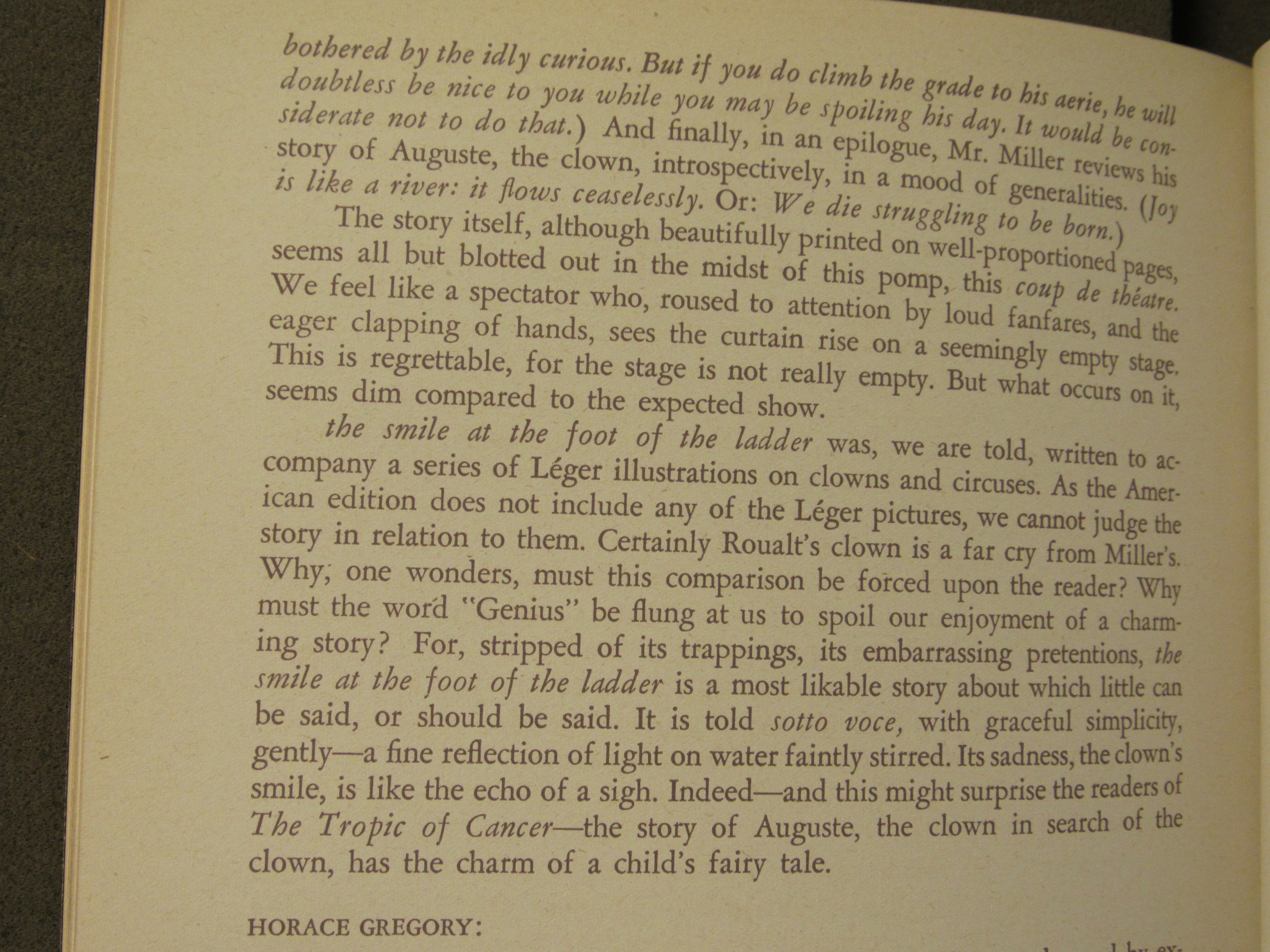